THE FURTHER YOU STRETCH, THE FIERCER YOU SNAP. 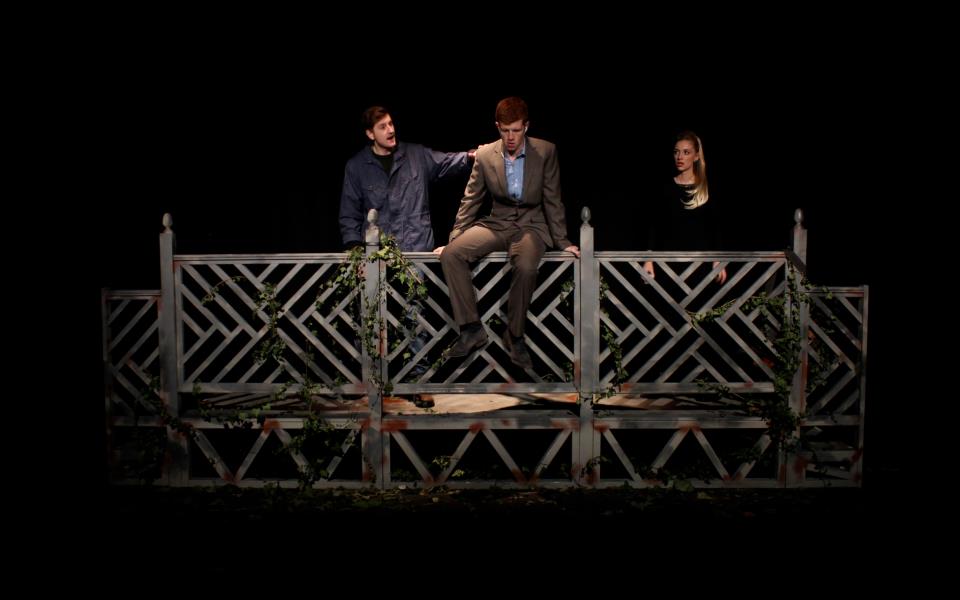 Elastic Bridge is a fast-paced black comedy exploring suicidal thoughts and small talk, as three strangers prepare to jump to their death - from the same bridge. Sharing a packet of Eclairs, only when life is taken out of their hands, will each truly appreciate the value of living. The further you stretch, the fiercer you snap.

“Elastic Bridge is set to make you laugh, make you cry and shock with a clever pay off at the end.” “The dialogue is fast paced and witty and laced with humour, pathos and a touch of bad language.” “A clever play that makes for good entertainment arising from a tricky subject and is well worth a view.”

“The play’s dialogue is sharp, darkly comic, sometimes shocking and moves the action on at a perfect pace.” “A well-crafted black comedy which manages to create genuine characters, tell three individual stories and produce genuine gut wrenching tension and, for that, it has to be well worth seeing.”

“comedy, pathos and more than a touch of gallows humour.” “explores the myriad complexities that compose people and their problems.”

“A clever piece of writing, tackling a difficult subject head-on with understanding, not just humour… more than enough to enjoy on the way to the jaw-dropping climax.”

“Well-crafted and with a brilliant final pay off …A breathtaking piece of story-telling that does much to enhance the idea of minimalist story theatre.”

Elastic Bridge premiered at the legendary Salford Lads Club before touring to The Lowry Salford, The Unity Liverpool, and a 3-week run at The Tabard Theatre, London.